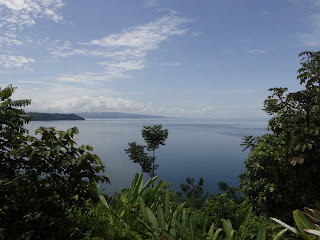 Golfo Dulce is considered a tropical fjord, where attributes and characteristics of both, coastal and oceanic habitats come together. This small inner sea is located in the OSA peninsula in the southern Pacific of Costa Rica. The gulf has been shaped by tectonic forces and has a dominant coastline in the north that has a steep, forested, rocky shore. It is approximately 50 km (31 miles) long and 10-15 km (6 -9 miles) wide. This gulf is comprised of two important areas: a deep inner basin steeply sloped with a flat bottom at a maximum 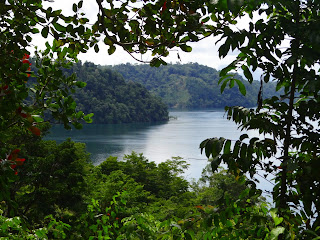 depth of 215 m (705 ft.), plus a shallow outer basin with a depth of less than 70 m (230 ft.). A third sub-habitat would be represented by the Transitional-Oceanic Area just outside Golfo Dulce. The base-camp of CEIC and the Whale and Dolphin Project-Golfo Dulce is located near Rincón de Osa, in El Chontal, a localy owned eco-lodge, which provides research facilities, accommodation, and food for the researchers. 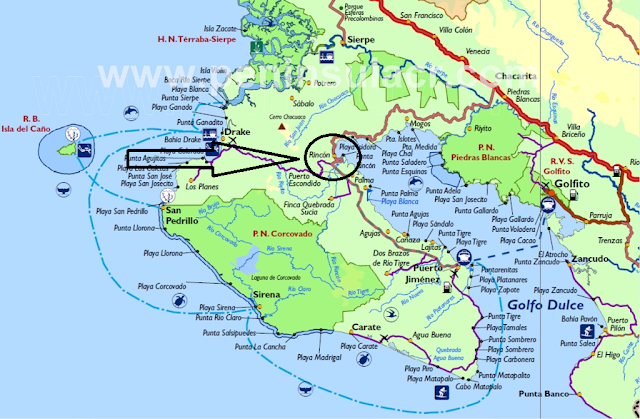 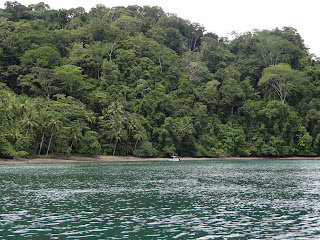 The water circulation within Golfo Dulce is restricted, similar to high latitude fjords, with slow deep water renewal by occasional intrusion of dense subsurface waters. Another remarkably aspect is that it is an anoxic basin. There is no oxygen under 100 meters depth, which also means that the common processes of oxidation of organic matter are absent. There are about 200 hectares of mangrove ecosystem associated with rivers flowing into the gulf. However, there is a lack of nutrients, typical of non-upwelling shelf-waters. 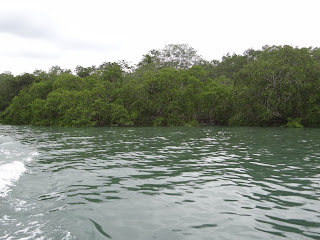 But the most interesting aspect of this embayment is that for being an apparently  oligotrophic environment (nutrients depleted) it harbours a surprisingly varied mega-fauna; cetacean populations, particularly large predators such as dolphins and sharks thrive in these tranquil waters 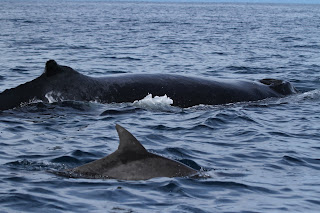 The marine mammal fauna in Golfo Dulce, as reported by the cetologist Alejandro Acevedo in 1996, comprises two baleen whales: Balaenoptera edeni and Megaptera novaeangliae, latter being the Humpback whales, which are relatively common during their breeding and calving season. Sightings of southern and northern Humpbacks have been recorded. The southern population has proven to be more notorious in terms of abundance, than that 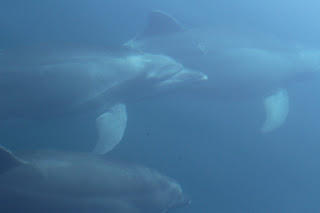 of their northern counterpart. There are three species of odontocetes in the waters of Golfo Dulce: the resident Bottlenose dolphins (Tursiops truncatus) and the coastal form of the Pantropical Spotted dolphin (Stenella attenuata), also  the occasionally seen False Killer Whales (Pseudorca crassidens). Bottlenose Dolphins remain close to river mouths, where they can get access to a predictable and concentrated food source. They group together in very small aggregations of about six individuals. Recently, there has been an estimated abundance of 80 Bottlenose dolphins in the entire basin.